Yes, we’re back! We recorded these songs last year, but the time wasn’t right to go public…until now! We proudly present “Reaper” and “Rake Routine”! Louder, heavier, Silent Bishopier! Big thanks to Bram Staats and his mates at Kudo Studio (http://kudo-studio.com/) for recording...

We needed a new site. And here it is! We could say lots more, something about finally releasing those new songs we recorded last year, but for now: New Site! 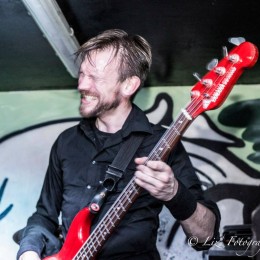 Here’s some footage of us playing at De Walrus! Even if you lamers didn’t see us live, you can now. And While we are at it: Here’s some video of Green Express as...

Well – we’ve been bugged about it so much; so here it is: A small part of Reverie, one of the new songs on our 2013 EP. Last friday, we had the opportunity to have it aired on local radio here in the city of Groningen, but today, it’s global via Soundcloud. Let us know what you guys...